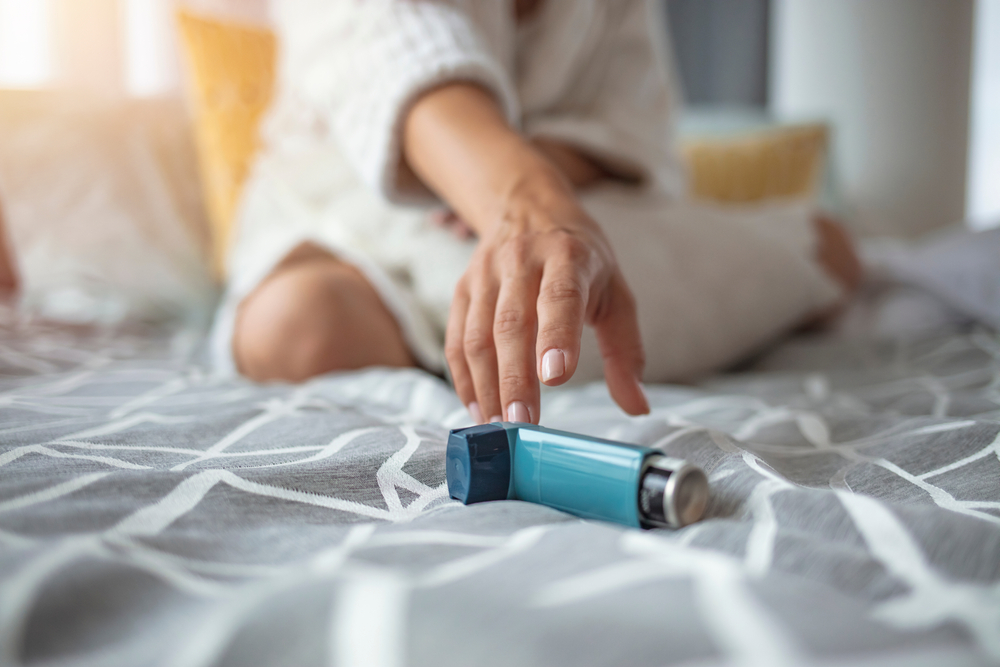 Inhalers, pills or injections help most people control their asthma, but some with severe disease opt for cutting-edge surgery that “remodels” their airways to improve their breathing.

Bronchial thermoplasty shrinks smooth muscle in the lungs, which prevents them from tightening up and causing an attack. The U.S. Food and Drug Administration approved the treatment for adults with severe asthma in 2010.

About 5% to 10% of people with asthma have illness that can’t be controlled with medicine, inhalers or other therapies, according to the Cleveland Clinic.

Now, a new clinical trial of nearly 300 patients reports that their symptoms had significantly improved five years after their procedure. They had fewer severe asthma attacks, emergency department visits and hospitalizations, and used less corticosteroid medication.

“The data continues to show in multiple studies that the procedure works, that it’s durable over five years and there aren’t any major adverse event effects,” said study author Dr. Geoffrey Chupp, a professor of medicine at Yale University. “I think it supports that bronchial thermoplasty should continue to be used in appropriate patients.”

While drugs known as biologics — another new type of therapy — are increasing in number and reducing asthma attacks in many patients, bronchial thermoplasty is helpful for those who don’t respond to those drugs, Chupp said. Some are treated both with biologics and the surgery.

The study included 284 American and Canadian patients between 18 and 65 years of age who had bronchial thermoplasty. About 80% were followed for five years. They had been taking corticosteroids and long-acting beta-agonists to control their asthma. Their asthma attacks, emergency visits, hospitalizations and medication use were tracked for 12 months prior to surgery and for five years after.

After five years, 9.7% were using oral corticosteroids, compared to 19.4% before the surgery.

In bronchial thermoplasty, a surgeon passes a catheter into the lungs that has a four-pronged basket on it. The prongs are expanded until they touch the airway walls. Then heat is used to shrink the smooth muscle layer beneath so it can’t tighten up and cause an asthma attack.

“What we have is a remodeling of the patient’s airway. That reduces the severity of their disease,” Chupp said.

The findings were published in the March issue of the journal CHEST.

Asthma is an inflammation of the airways. Many components of that inflammation can make it difficult to control, said Dr. Albert Rizzo, chief medical officer for the American Lung Association.

Typically, doctors treat it with anti-inflammatory medications and drugs that dilate the airways, said Rizzo, who was not involved with the research.

“Why some patients don’t respond to those is still a mystery that we have,” Rizzo said. “And it may be a result of different parts of the inflammatory pathway not being as well-controlled in certain patients. And again, this goes to the immune system and the genetics of the immune system, which a lot of unraveling has to still be done.”

Rizzo said it’s important to have treatment solutions, because severe asthma affects a patient’s quality of life and is sometimes fatal.

The study adds to evidence that this surgery is an alternative for those people who don’t respond well to other treatments, Rizzo said.

“It’s still a matter of picking the right person: Who can have this done and benefit from it,” he said. “And it is a procedure, like many other procedures, that should be done by individuals who have been doing it for a period of time. Not every pulmonary specialist should be doing this. It’s something that more proficiency comes out of repeatedly doing it.”

Chupp said researchers haven’t found any long-term adverse events through the five-year data. There are, however, some short-term risks.

The procedure is completed in three phases, each about a month a part and each treating a different part of the lungs. There is some risk that a patient could have a severe asthma attack, bleeding and require respirator support, according to the study. That risk became progressively lower over the years of follow-up, it found.

Chupp hopes further studies will refine the treatment and better pinpoint which patients are ideal candidates for surgery.

One barrier to treatment: Insurance companies may not cover the procedure because they consider it experimental.

“I think that bronchial thermoplasty should continue to be part of treatment algorithms for patients with severe asthma,” Chupp said. “And I think we should consider doing studies where it’s used in conjunction with biologics potentially to increase the disease-modifying effect so that we can improve outcomes even more in patients and potentially get them into clinical remission.”