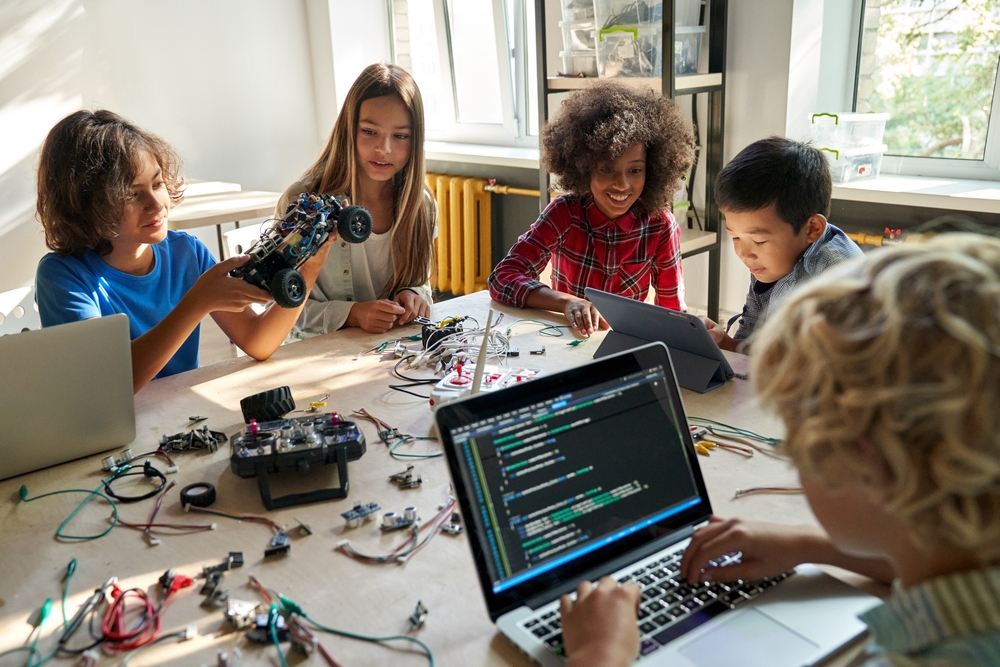 A NEW project being led by a Bradford foundation is attempting to help reduce the amount of air pollution children are exposed to during their journey to and from school.

Born in Bradford (BiB) has been working with Bankfoot Primary and a school in Barcelona to measure the impact activities, such as idling, have on causing respiratory issues to pupils.

Part of the project involves children wearing Atmotube GPS monitors, which measure air pollutants, on their trips to and from school.

The test focussed on the PN2.5 particles which are very small and attack the nasal airways leading to conditions like asthma.

On Wednesday, a core production workshop at the school allowed children, teachers, parents, and Council stakeholders to discuss what bespoke intervention could take place based on the results.

“Children are at school five days a week and their average journey walking time is 15-20 minutes typically.

“When we started to do this monitoring, we started to see that they are exposed to a lot of harmful exposures in the environment.

“We have started to see the level of respiratory conditions, for example, asthma, increase. At first, there was a 33 per cent of asthma uptake in hospital. We are now nearing 38 per cent.”

He added: “It went really well (on Wednesday) we achieved the outcome we wanted.

“There were a few activities that each highlighted the quality of air and the negative impacts around the area.

“At the end, everyone in the hall had to vote for the top three priorities for the intervention.

“I am now going to sit down with their votes and see which interventions are going to be feasible for the school.

“These could include, alternate routes of travel for children to lessen exposure, maybe even closing the streets down during pickup and drop-offs to prevent cars idling, or planting more greenery to provide more oxygen.

“We partnered up with a school in Barcelona and they are doing the exact same thing.

“We want to not just have an impact in Bradford but potentially we could trial this around the world.”

“In Bradford, around a third of asthma cases are linked to air pollution.

“Pollution can come from natural sources like volcanic ash, but a large amount of pollution comes from human sources such as traffic or industry.

“Schools are often exposure hotspots as they are located in areas of high pollution which is made worse by high levels of car use during the school run.

“Finding ways to reduce exposure is important, we all have a part to play in this.”