Sleeping pill dangers and how to avoid them 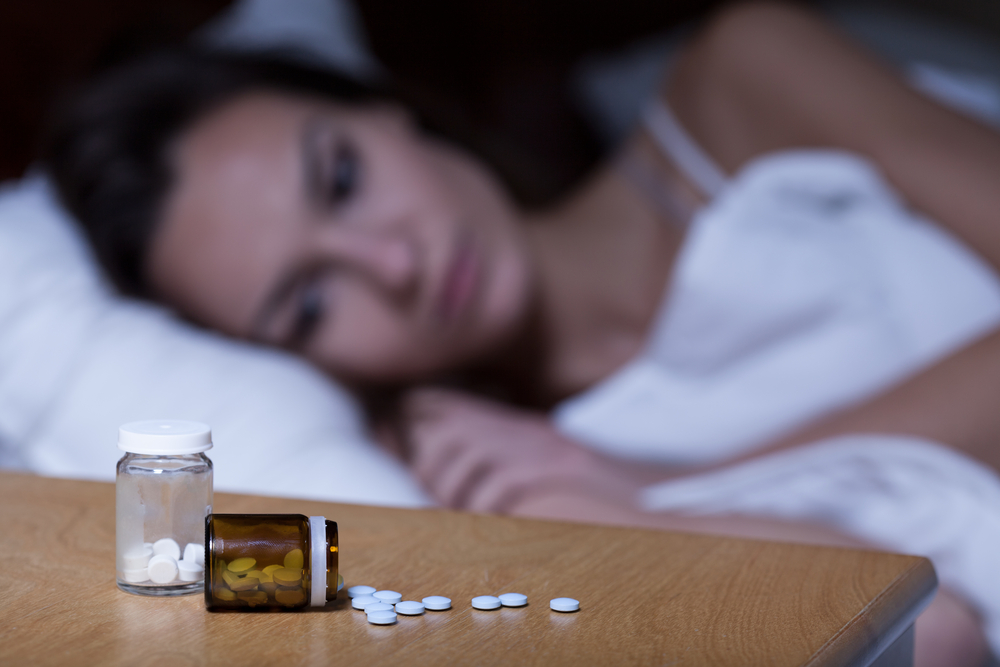 Sleeping pill dangers and how to avoid them

Ask any flight attendant, and you’ll hear amusing tales of people sleepwalking, taking off their clothes or even standing up and peeing into the neighboring airline seat.

The use of sleeping pills can also be deadly. Up to a half a million “excess deaths” in the United States were due to use of sleep medications called sedative-hypnotics, a 2010 study found.

People with prescriptions for those sleep aids, which include zolpidem and temazepam, were over four times as likely to die from accidents and health conditions stemming from use compared with those who did not use such drugs, the study said. Even people who took fewer than two sleeping pills a month were three times more likely to die than those who didn’t.

If you are using, or thinking of using a prescription or over-the-counter sleep aid, what do you need to know to do so safely? We asked Dr. Jing Wang, an assistant professor of pulmonary, critical care and sleep medicine at the Icahn School of Medicine at Mount Sinai in New York City.This conversation has been lightly edited for clarity.CNN: When someone comes to you with insomnia or another sleep disorder, begging for help to go to sleep, do you give them a sleeping pill first thing for immediate relief?

Dr. Jing Wang: No, definitely not. We really try very, very hard not to do that. When someone comes in with insomnia, we take a really thorough medical and sleep history. It’s very important that the person shares personal details so we can identify what the source of the insomnia could be. Is it behavioral, or is it medication or medical illness-related?

I will ask them, “What’s your daytime schedule? What do you do in the evenings?” to try and find their physical and emotional stressors. Is this person on a screen all the time at work and home?Then we home in on how that person gets ready for bed: “Do you have routines? Do you have a regular bedtime?” Frequently, insomnia is perpetuated by what we do in response to not being able to sleep. People get very creative in ways that may not be helpful: They get on the phone scrolling, checking emails or answering work messages, or sleep with the TV on. Both of these expose you to blue light, which sends a signal to the brain to wake up. Occasionally, you’ll get people saying I get up and work out, which is definitely not what you want to do!CNN: When might a sleep aid be advised?Wang: Our first-line approach is to introduce patients to a form of cognitive behavioral therapy called CBTI, which is specifically for insomnia. It educates patients about healthy sleep behavior, such as regular bedtime and wake schedules, keeping screens and blue lights out of the bedroom, doing relaxing things before bed, and so on. It’s all about the associations that our brain makes with our sleep environment and how our behaviors or activities affect that.

If we have someone who is clearly struggling from a very acute onset of insomnia, and there is an identifiable factor or change in their life, then we might have a discussion about a short-term trial of a sleep aid for a few weeks or a month or so, and only with regular checkups.And we set clear expectations about short-term use, because we don’t want to just prescribe a sleep aid and have the person on it for the next 30 years. We want to get to the root of the problem in a healthier way by fixing what’s triggering the insomnia.

CNN: Why is the long-term use of a sleep medication not healthy?

Wang: It depends, as people have different responses and may be susceptible in different ways. Some of these sleep aids can become addictive, so the person feels they cannot sleep without it. They can be dangerous if mixed with alcohol or certain pain medications. Some cause daytime sleepiness and can interfere with driving and other motor activities.Sedative sleep aids have been associated with hallucinations and dissociative behaviors. People have driven cars, cooked food, sleepwalked and made phone calls, all without any recollection when they woke. After waking, people can be susceptible to drowsiness and confusion, like a hangover effect.

CNN: Let’s talk about over-the-counter medications. Is that a problem?

Wang: Any medication is a double-edged sword: It has its uses but always has side effects.One of the strongest pieces of counseling I always do with patients is to tell them to really try to avoid over-the-counter sleep aids. They can have unpredicted side effects, such as making you hyper instead of drowsy. There’s potential for interaction with prescription sedatives, which patients may also be on. And there’s always a potential of misuse or overuse because they think, “Oh, it’s over-the-counter so it’s safe.”

Take melatonin. Some people have reported taking 30 or even 60 milligrams of melatonin and that could be dangerous; we just don’t know yet. It’s not really regulated, so non-melatonin substances can be mixed in the pill or tablet. You could get headaches, one of the known sort of side effects from melatonin. Or you could take it at the wrong time and interfere with your circadian rhythm.

Antihistamines, for example, create dry mouth, dizziness and a kind of hungover feeling the next day. They may also have anticholinergic effects, like urinary retention, blurred vision, constipation and nausea. Chronic, regular use of these agents have in some studies been linked to increased risk of dementia.Finally, using over-the-counter sleep aids can potentially delay seeing their sleep problems as a concern and seeking care: “There’s no reason for me to see the sleep doctor or talk to my physician about my sleep problems. I can just keep using an over-the-counter agent.”