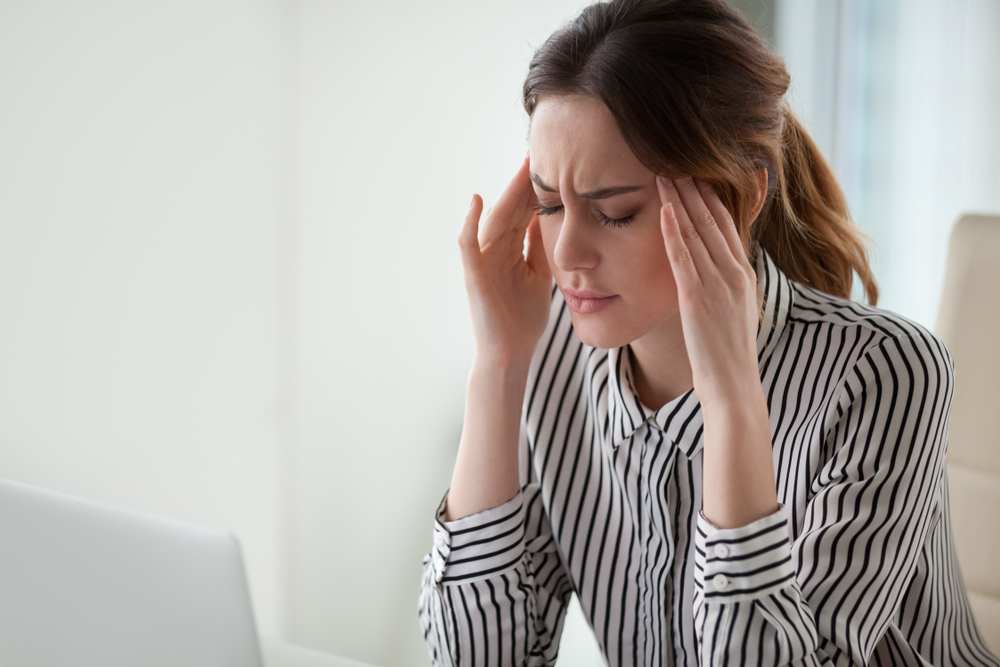 An international consortium of leading migraine scientists identified more than 120 regions of the genome that are connected to the risk of migraine.

The groundbreaking study helps researchers better understand the biological basis of migraine and its subtypes and could speed up the search for new treatment of the condition, which affects over a billion individuals worldwide.

In the largest genome study of migraine yet, researchers have more than tripled the number of known genetic risk factors for migraine. Among the identified 123 genetic regions are two that contain target genes of recently developed migraine-specific drugs.

The study involved leading migraine research groups in Europe, Australia and the United States working together to pool genetic data from more than 873,000 study participants, 102,000 of whom had migraine.

The new findings, published on February 3, 2022 in the journal Nature Genetics, also uncovered more of the genetic architecture of migraine subtypes than was previously known.

Migraine is a very common brain disorder with over a billion patients worldwide. The exact cause of migraine is unknown, but it is believed to be a neurovascular disorder with disease mechanisms both within the brain and the blood vessels of the head.

Previous research has shown that genetic factors contribute significantly to the migraine risk. However, it has long been debated whether the two main migraine types—migraine with aura and migraine without aura—share similar genetic background.

To gain more insight into the specific risk genes, researchers from the International Headache Genetics Consortium assembled a large genetic dataset to conduct a genome-wide association study (GWAS), looking for genetic variants that were more common in those who had migraine in general, or one of the two main migraine types.

“In addition to implicating tens of new regions of the genome for more targeted investigation, our study provides the first meaningful opportunity to evaluate shared and distinct genetic components in the two main migraine subtypes,” said the first author of the study, Heidi Hautakangas from the Institute for Molecular Medicine Finland, University of Helsinki.

Furthermore, the results supported the concept that migraine is brought about by both neuronal and vascular genetic factors, strengthening the view that migraine truly is a neurovascular disorder.

Potential to point to new therapies against migraine

As migraine is globally the second largest contributor to years lived with disability, there is clearly a large need for new treatments.

Dr. Matti Pirinen, a group leader from the Institute for Molecular Medicine Finland, University of Helsinki, who led the study, commented that “these two new associations near genes that are already targeted by effective migraine drugs suggest that there could be other potential drug targets among the new genomic regions, and provide a clear rationale for future genetic studies with even larger sample sizes.”

Migraine affects over a billion individuals worldwide but its genetic underpinning remains largely unknown. Here, we performed a genome-wide association study of 102,084 migraine cases and 771,257 controls and identified 123 loci, of which 86 are previously unknown. These loci provide an opportunity to evaluate shared and distinct genetic components in the two main migraine subtypes: migraine with aura and migraine without aura.

Stratification of the risk loci using 29,679 cases with subtype information indicated three risk variants that seem specific for migraine with aura (in HMOX2, CACNA1A and MPPED2), two that seem specific for migraine without aura (near SPINK2 and near FECH) and nine that increase susceptibility for migraine regardless of subtype. The new risk loci include genes encoding recent migraine-specific drug targets, namely calcitonin gene-related peptide (CALCA/CALCB) and serotonin 1F receptor (HTR1F).