Everyone around you has Covid, and you have symptoms – so why are you testing negative? 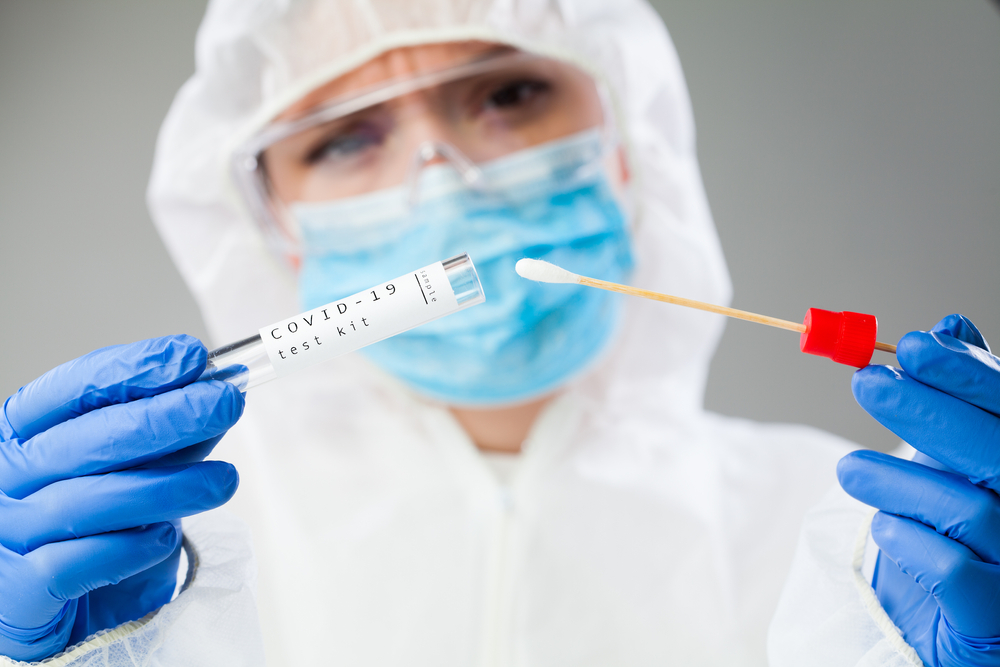 Everyone around you has Covid, and you have symptoms – so why are you testing negative?

With students now back at school and many workplaces moving to at least a hybrid model of working from the office and at home, it’s not surprising that more of us are getting Covid, or hearing of people in our social circles who have it.

But why is it that in some cases, one member of a household tests positive for Covid, while other people living with them return negative tests, even though they also develop some symptoms?

Guardian Australia spoke to the director of public health pathology at New South Wales Health Pathology, Prof Dominic Dwyer, about why so many people are reporting living with a Covid-positive person and developing symptoms, but testing negative for Covid.

If someone in my home has Covid, what are my chances of getting it?

Dwyer says just because somebody in your home has Covid, “it doesn’t mean that everyone else is going to get it by any means”. For the Omicron variant which is dominant in Australia, about 40% of household members will pick up the virus if there is a Covid case in the home, he said.

“Obviously household studies need to be interpreted carefully, because in some homes everyone has their own bedroom and there is a large back yard and open space, whereas in other households a number of people live in a smaller apartment. But in general terms Omicron is more contagious within a household than other variants, but that doesn’t mean you will definitely get it.”

Tests do get it wrong

Rapid antigen tests are generally most accurate when performed within the first seven days from when symptoms first appear. Most people now use rapid antigen tests because they are more accessible and convenient for many people. But Dwyer said they “miss at least 30% of cases”.

“The PCR test is much more accurate, but even that will still miss some cases, depending on how long people have had symptoms,” he said.

PCR tests are best at detecting the virus within the first 10 days of developing symptoms, with earlier testing increasing the likelihood of detection. PCR test accuracy is upwards of 90%, however, the efficacy of Covid-19 tests is still being reviewed and can depend on factors such as whether the test was administered correctly, and in the case of PCR tests, how soon after the swab was taken the sample was analysed.

It also appears that in people with low viral loads – that is, the virus has not replicated as dramatically in their body so they have fewer virus particles – PCR tests can give a false negative result. People who are vaccinated are much more likely to produce low viral loads and milder symptoms if infected.

“Sometimes, a confirmed Covid case in a household prompts everyone to get tested, and those other people may have cleared the virus from their system already even if they have some mild symptoms,” Dwyer said. “So testing can be complicated. Overall, RAT tests are good, the PCR tests are better, but we’ll miss a small percentage of cases even with PCR tests.”

We are entering the colder months and already, pathologists and hospitals are seeing more of other respiratory viruses circulating including influenza, Dwyer says, especially with international borders open again. It is plausible that someone in a household may have Covid, while the symptoms experienced by someone else in the same household is caused by a different pathogen, such as rhinoviruses.

Either way, close contacts of a Covid case need to isolate for seven days from the first household contact testing positive. You do not need to repeat self-isolation if another person in your household tests positive during your seven days of self-isolation, or in the 14 days after your isolation period ends. Rules around what is considered a close contact changes between the states and territories, as do isolation guidelines, so it is best to check your state or territory health department website for the latest advice.

Covid or not, we are learning to stay home when unwell

Dwyer said while sick people may be concerned about ensuring their diagnosis is accurate if they are living or working with vulnerable people, such as the immunocompromised or elderly, it is a good idea to isolate and stay home from work and away from others no matter what the cause of the cold or virus is.

“An accurate diagnosis can be important, especially for someone with severe influenza where there might be specific treatments like antivirals that can be given,” Dwyer said. “But people with concerning symptoms would likely go to their doctor and receive a test for that and further treatment anyway.”