Epigenetic Changes During Pregnancy May Increase Risk of Asthma in Offspring 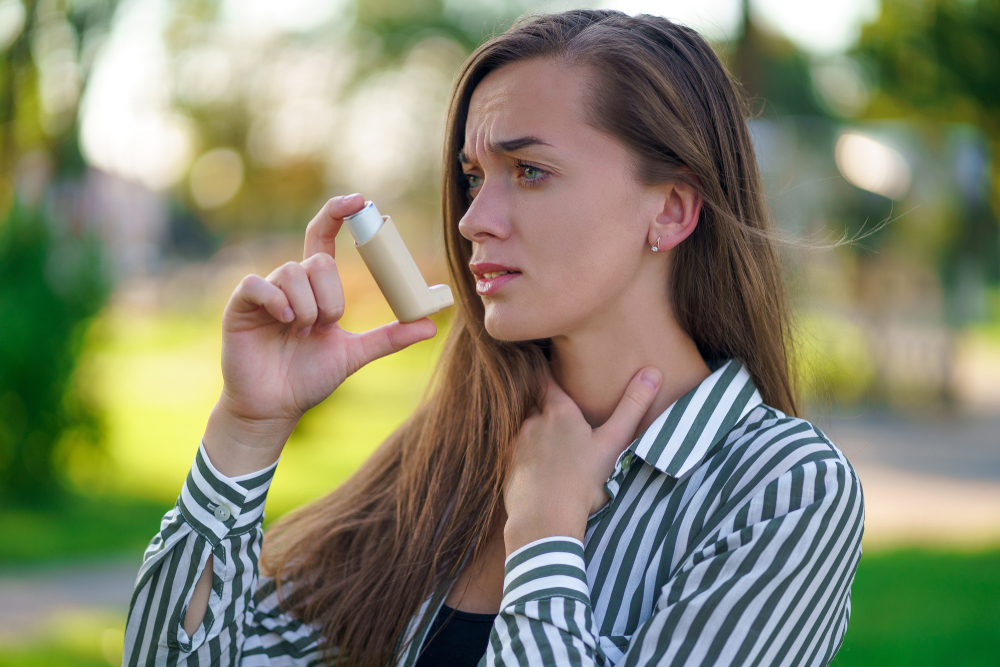 Epigenetic Changes During Pregnancy May Increase Risk of Asthma in Offspring

Asthma is among the most common chronic diseases in the United States, and having a mother with asthma is an important risk factor. A team of researchers at the University of Chicago has now found that an epigenetically altered prenatal environment in pregnant women with asthma may increase the risk that their offspring will develop the disease. The study found striking epigenetic differences in the airway cells of patients with asthma who have asthmatic mothers, compared with patients whose mothers never had asthma.

“The methylation patterns in those with asthmatic mothers were tied to reduced expression of genes in immune-related pathways” said Kevin Magnaye, PhD, a postdoctoral scholar, medicine, University of California, San Francisco, and first author of the team’s report, which is published in PNAS, and titled, “DNA methylation signatures in airway cells from adult children of asthmatic mothers reflect subtypes of severe asthma.” In their paper, the team said, “In summary, our study of DNA methylation profiles in lower airway epithelial cells revealed distinct epigenetic patterns in adult children of mothers with asthma that may mediate the effects of [maternal asthma] (MA) on immunomodulatory gene-expression pathways and subsequent risk of severe asthma in her children.”

Asthma affects 5.5 million children and 19.2 million adults in the United States, resulting in annual healthcare costs of more than $80 billion, the authors wrote. “MA is among the most consistent risk factors for asthma in children,” the team continued. “Possible mechanisms for this observation are epigenetic modifications in utero that have lasting effects on developmental programs in children of mothers with asthma.” Epigenetics refers to changes in how genes are expressed that are not directed by changes or mutations in the DNA sequence itself. Instead, gene activity can be turned on or off by the attachment of small chemical structures such as methyl groups to DNA. Many environmental factors are known to impact DNA methylation patterns, including the in-utero environment.

Carole Ober, PhD, and her research team have spent years examining genetic influences that contribute to the development of asthma, including epigenetic factors. For their newly reported study, the team combined systems biology and machine learning approach to analyze DNA methylation patterns in airway cells (bronchial epithelial cells; BEC) from 88 adults with asthma, including 56 individuals who did not have a mother with asthma, and 32 individuals who had a mother with asthma, and in 42 adults without asthma. The results found DNA methylation patterns in epithelial cells of the lower airways of asthmatic adults with asthmatic mothers, compared to those whose mothers did not have asthma

These immune-related pathways are associated with impaired T-cell signaling, a type of adaptive immune cell involved in fighting off infections, including pathways linked to impaired immune responses to viruses and bacteria. Having a mother who also had asthma was associated with decreased gene activity in 16 biological pathways, indicating impaired T-cell signaling and responses to bacterial and viral infections.

Clinically, there is a severe type of asthma, referred to as type 2-low asthma, which is defined by the lack of responsiveness to standard corticosteroid treatments, which suppresses inflammatory processes. The study findings also showed that DNA methylation patterns were associated with clinical features of severe asthma and distinguished among different disease subtypes, including hard-to-treat type 2-low asthma. “We suggest that the MA environment alters epigenetically mediated developmental pathways that lead to different subtypes of severe asthma that represent a spectrum of T2-high to T2-low endotypes,” the investigators stated.

“This subtype of asthma is particularly difficult to treat,” said Ober, the Blum-Riese distinguished service professor of human genetics. “Our results suggest that an underlying cause is due to impaired immune responses, potentially explaining lack of therapeutic response to corticosteroids and suggesting alternative pathways to target as therapies for this group of patients.”

The authors concluded, “Using systems biology and machine-learning approaches, our results support the hypothesis that DNA methylation signatures in BECs reflect different transcriptional programs and endotypes of severe asthma that may have their origins in prenatal life.”

One important element in this study is that it was conducted in a diverse population. Participants of the study were patients from the UChicago Medicine asthma clinics. Many live on the South Side, where asthma rates are especially high. “Having representation of diverse ancestry and sociocultural factors is important in research, as it tells us these findings hold true across various populations,” said Magnaye. There are significant disparities in asthma rates, which further emphasizes the need for diversity in asthma research.

The study was conducted with cells taken from adult patients, but the results were in addition replicated in airway epithelial cells taken from an independent group of children. Researchers believe that the observed epigenetic modifications in the asthmatic patients likely occurred during pregnancy, and exposure to the asthmatic mother’s in-utero environment shaped their potential to develop asthma later in life.

“The fact that these results were replicated in a separate cohort of children supports the notion that these modifications are present long before adulthood,” said Ober.

Further research is needed to determine the timeline of these changes and their effects on asthma. Ober’s team is working on a longitudinal study in infants to further examine these temporal effects. Ongoing research in the Ober lab, in collaboration with Magnaye and his current research team at the University of California, San Francisco, is focused on the potential interactions between the microbiome, epigenetics and the development of asthma.