How boost lung health and breathe better: Tips from a pulmonologist 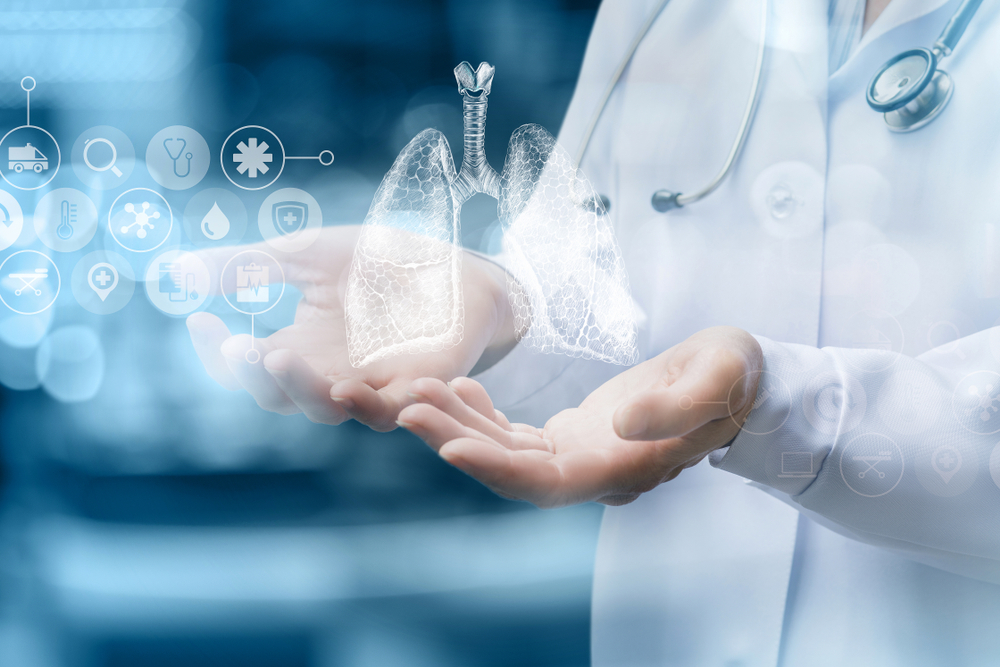 How boost lung health and breathe better: Tips from a pulmonologist

Heart health gets a lot of attention, but the state of our lungs — which provide oxygen and allow us to speak, sing and smell — historically hasn’t received the same amount of concern.

That is until COVID-19 hit, of course.

Like many lung specialists, Dr. MeiLan Han, a pulmonologist at the University of Michigan Health System, was overwhelmed with patients in the spring of 2020 and each surge that followed.

Suddenly, everyone wanted to know how to take care of their respiratory system, but most people have no idea how healthy or unhealthy their lungs are, Han writes in her new book, “Breathing Lessons: A Doctor’s Guide to Lung Health.”

She sensed an opportunity.

“All of a sudden now everyone is listening, so my biggest concern is not to lose the moment,” Han, who is also a spokesperson for the American Lung Association, told TODAY.

“I want to try to help people understand the risks that might be in their own lives, understand their own symptoms, understand how to protect their own health, how to live longer and healthier lives, and what an integral part lung health is to human health in general.”

The lungs have tremendous ‘reserve capacity’

You could have half of each lung destroyed before noticing anything was wrong, Han said. In fact, a person can live a relatively active life with only one lung if necessary.

Because the lungs have that much reserve, by the time a patient complains of symptoms, there could be significant damage already done. But there isn’t any routine screening to detect problems earlier. There’s no “cholesterol of the lung” and therefore no routine blood test to provide insight into lung health, Han writes. Lungs are also not easily accessed for biopsies.

Ask for a spirometry test

Han called it the lung equivalent of a blood pressure cuff. This simple, widely-available test — done by blowing hard into a machine — measures how much air you can breathe in, and how easily and fast you can blow it out. It’s a way to check the fitness of your lungs.

The test is the best place to start if you have a chronic cough, sputum production, wheezing and shortness of breath — which are not normal symptoms, she warned.

“The reason why I think we need to arm the lay public with this information is there are many clinicians who will not order it,” Han said.

“A lot of doctors, particularly for some of the more common diseases like asthma and COPD, assume that they can recognize it when they see it from the history, from the exam, and never get breathing testing. They just start treating patients. The problem with that is I have seen patients with wrong diagnoses completely.”

Even if the breathing test is normal, a patient with symptoms may ultimately need a CT scan to see if there’s something wrong.

Masks aren’t only for preventing COVID-19

“You put gloves on before you go into the garden, but we don’t think about always about putting a mask on to protect ourselves when we’re going to clean up something that’s potentially dangerous,” Han said. She recalled cleaning up her “extremely messy garage” and wearing a mask to protect her lungs.

Wood-burning stoves can be a source of indoor air pollution so if you use one, make sure it meets current emission standards. If using a gas stove, Han recommended turning on the air vent above it when it’s in use.

People with lung problems should stay indoors if the air quality index for their area is unhealthy. In general, if you can smell smoke from a wildfire, that’s not the day for a big outdoor project, Han said.

In the winter, when jogging outside on a freezing day and deeply inhaling frigid air with your mouth open, consider wearing a loose mask. It’ll help to warm and humidify the air that reaches the lungs, making it less irritating or spasm-inducing for runners with asthma, Han noted. Those patients can also use their rescue inhaler before they exercise to make the cold air less bothersome.

Upper body resistance training that targets accessory respiratory muscles may make breathing easier because these muscles help pull the ribcage up and out as you breathe in, Han said.

They include chest muscles like the pectoralis major; back, neck and shoulder muscles such as the trapezius; and the intercostal muscles of the ribcage. Exercises that target them include chest flies and Arnold presses done with weights — they can be light 1-3-pound dumbbells, she noted.

The other component of exercising for lung health is aerobic activity.

“That doesn’t specifically strengthen the lungs, but what it does do is make your body much more efficient at taking up oxygen and utilizing oxygen. So that means it can get by with less,” Han said.

Some people may benefit from special techniques

Pursed lip breathing can help with shortness of breath. Start by breathing in through your nose. Then pucker your lips as if you’re going to whistle, but don’t actually whistle, and breathe out. Repeat.

It works by creating a little bit of back pressure, which helps tiny airways to open in the lungs, Han said. That’s especially key for patients who have COPD, asthma and other problems that cause airflow obstruction. As their lungs deflate, the small airways get pinched off before all air can get out. Pursed lip breathing can help release that trapped air, reset the lung and create a calming effect.

Inspiratory muscle training involves using a resistive device that requires more forceful breathing. Some manufacturers liken it to “dumbbells for your diaphragm” — the primary breathing muscle — because it’s similar to the concept of resistance training. It’s more suitable for a minority of patients who have a specific problem that affects the diaphragm, Han said.