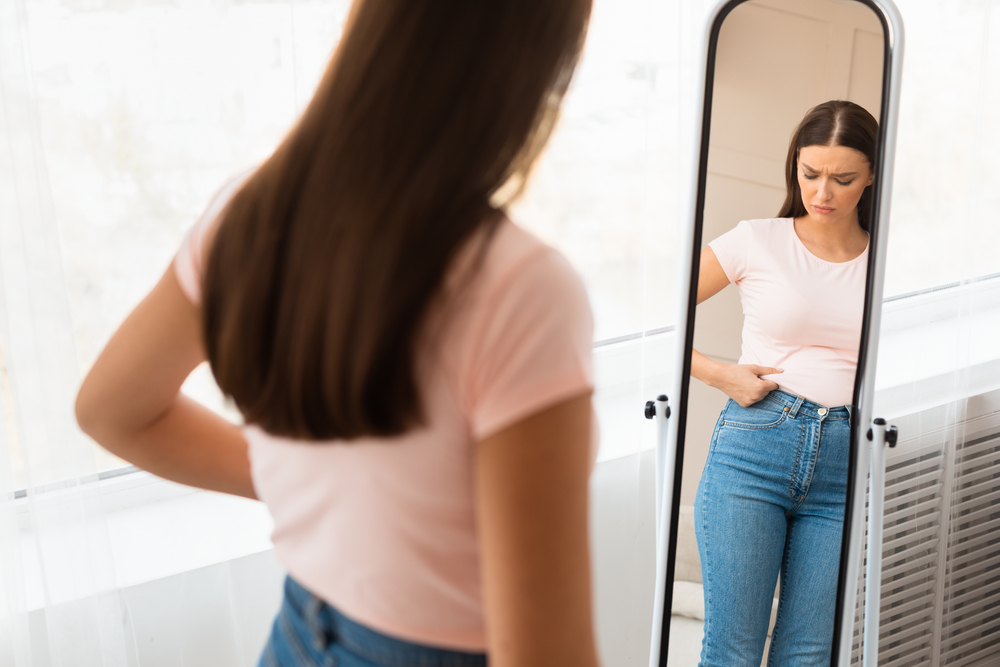 It is widely known that excess body weight is associated with many health conditionsTrusted Source. Now, researchers have found an association between adiposity — having too much fatty tissue in the body — and cognitive impairment.

At the start of a new study, which appears in JAMA Network OpenTrusted Source, Canadian researchers determined the adiposity of more than 9,000 participants. They measured both total body fat and visceral adipose tissue (VAT) — the fat that predominantly sits around organs in the abdominal cavity.

Previous studiesTrusted Source have associated VAT, or visceral fat, with increased morbidity and a higher mortality risk. Visceral fat increases the risk of many conditions, such as:

This latest study suggests that excess fat may have mental as well as physical effects.

The researchers adjusted the scores for cardiovascular risk factors, educational level, and MRI-detected vascular brain injuryTrusted Source, which is known to be associated with cognitive impairment.

The researchers found that higher total body fat and higher VAT were both significantly associated with lower DSST and MoCA scores. The association was greater on the DSST, which assesses processing speed, than on the MoCA, which is a multidimensional cognitive test.

These results are not unexpected, as Dr. Anton Porsteinsson, professor and director of the Alzheimer’s Disease Care, Research and Education Program (AD-CARE) at the University of Rochester Medical Center, told Medical News Today:

This study reinforces findings from a previous studyTrusted Source of older adults in Dublin, which found an association between adiposity, particularly central adiposity, and reduced cognitive function.

This study cannot prove a causative link between adiposity and cognitive impairment, as Dr. Eamon Laird, a senior research fellow at Trinity College Dublin in Ireland, pointed out to MNT:

“It is cross-sectional, and it can be hard to tease out the associations and identify if visceral adiposity is causative and not just correlated with reduced cognitive scores. But the association is clear.”

The researchers controlled for cardiovascular risk and vascular brain injury, both of which researchTrusted Source has shown to cause cognitive impairment. So, what else might be responsible for the link?

The authors suggest that inflammation may play a role in cognitive impairment in those with overweight or obesity. One recent study involving more than 15,000 individuals found high levels of plasma C-reactive proteinTrusted Source, an inflammatory marker, in those with a high BMI and a high waist-hip ratio.

Dr. Laird also supports inflammation having a role. He said, “Pro-inflammatory cytokines from adipose tissue could also potentially be contributing to tissue damage via inflammation.”

There are also other potential mechanisms. For example, “Adiposity can often go hand in hand with other chronic conditions, such as hypertension, which could be a separate mechanism,” Dr. Laird told MNT.

“Obesity could be associated with reduced blood flow to the brain, which may increase the risk of vascular microcellular damage, which could lead to [a] reduction in cognitive test score,” he added. In another study, which Dr. Laird co-authored, scientists found that a 1-centimeter increase in waist size gave the same reduction in blood flow as 1 year of aging.

This study confirms previous findings that overweight and obesity are associated with cognitive impairment, so what can people do to help combat this?

Dr. Porsteinsson suggested several measures that may help: “Weight loss, exercise (both aerobic and resistance training), control of diabetes/glucose intolerance, or speed of processing cognitive training are a few that come to mind.”

“Since physical activity could potentially moderate obesity/blood flow associations, this [increasing physical activity] may be a cost effective and relatively easy way to help mitigate the negative impact of obesity.”

In summary, maintaining a moderate weight could benefit the brain as well as the body.