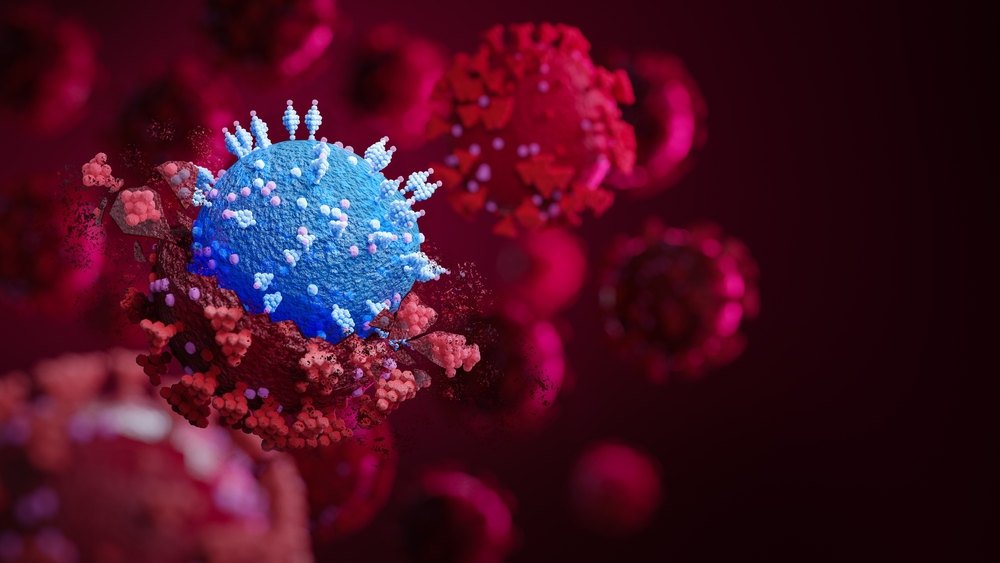 A variant of HIV that is faster at progressing to serious illness and more contagious than other versions of the virus has been circulating in the Netherlands for decades, researchers have found.

The findings, which were published in the journal Science on Thursday, demonstrate how HIV can mutate to create more severe disease and more rapid transmission.

“Even after 100 years of HIV infecting humans, it still has the capacity to evolve and change,” says Joel Wertheim, associate professor of medicine at the University of California, San Diego, who was not involved in the study but wrote a perspective about the research findings, also published in Science on Thursday.

The study serves as a reminder — in the age of COVID variants — that viruses don’t always weaken over time. “We should never underestimate the potential for viral evolution,” Wertheim says. “Let this study stand in stark contrast to the claim that all viruses will inevitably evolve to be benign.”

The discovery of the HIV variant was sparked by a curious set of samples.

In late 2018, Chris Wymant, the lead author of the study and senior researcher at the Big Data Institute at University of Oxford, noticed something interesting in a database for a project called BEEHIVE, which collects HIV samples from Uganda and several countries in Europe to help scientists understand how the virus is evolving.

There was a recent cluster of 17 samples that showed a lot of unusual mutations, he says — and 15 of the samples came from the Netherlands.

Wymant and his co-authors wanted to know more, so they dived into another Dutch study with more data. They discovered a total of 109 people who had this particular variant and never knew it, dating all the way back to 1992. The variant probably emerged in the late ’80s, Wymant says, picking up steam around 2000 and then eventually slowing down around 2010.

People with this variant have a viral load that is three to four times higher than usual for those with HIV. This characteristic means the virus progresses into serious illness twice as fast — and also makes it more contagious, says Wymant.

The good news: Existing medications work very well to treat even very virulent variants like this one, cutting down on transmission and reducing the chance of developing severe illness, he says.

“Nobody should be alarmed,” Wymant says. “It responds exactly as well to treatment as HIV normally does.”

There’s no need to develop special treatments for this variant, he adds. It shows no signs at all of resisting medications, as some HIV variants do. But because the variant moves quickly, people need to receive medicine as fast as possible.

How to slow down the variant

This research was “nicely done” and “well-designed,” says Adeeba Kamarulzaman, president of the International AIDS Society and professor of medicine at the University of Malaya, who did not work on the study.

It also helps answer a pressing question in the field of HIV research, she notes. Previously, researchers wondered whether people get sicker or are more contagious because of how their immune systems respond to the virus. The study found that individual responses are part of it but not all. It can also happen if a virus evolves to cause more severe illness and readier transmission.

Kamarulzaman warns that a mutation like this could happen in other places. If a number of HIV patients in a particular area have this kind of variant but isn’t taking medication, “you are going to have a lot more people with advanced disease a lot more quickly,” she says.

To prevent this from happening, she says, “early tests or frequent testing and immediate initiation of treatment is the way to go.” The goal isn’t to identify a specific variant but rather to diagnose new cases of HIV so that treatment may start as soon as possible. But some countries still struggle to do that, and they need more support, she adds.

That’s how this variant eventually slowed down in the Netherlands before researchers even identified it.

“The public health intervention that’s been rolled out and expanded in the Netherlands over the last decade or so — improving access to treatments, getting people tested as soon as possible, getting them onto treatment as soon as possible — has helped reduce the numbers of this variant, even though we didn’t know that it existed,” Wymant says.

Rapid treatment also helps slow viral evolution, so variants like these are less likely to emerge.

“This doesn’t mean we need to change strategy,” Wertheim says. “It just means we need to do more of what we’re already doing.”