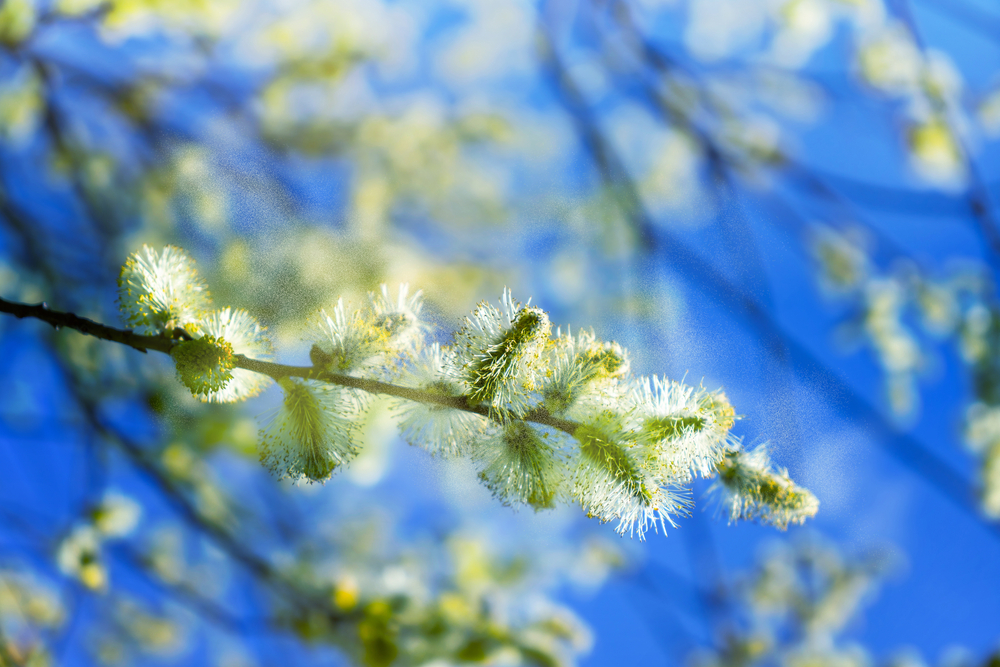 First, he had the symptoms. Then he saw the yellow fog. A thin layer of gold-coloured dust coated the patio furniture, the patio, his children’s swing set – everything in the garden of Ubaka Ogbogu’s home in the Canadian city of Edmonton.

“The mist was everywhere. Even my kids – who are not typically observant about these things – remarked about this yellow everywhere,” he said.

It was pollen, the worst Ogbogu had seen in the 20 years he had lived in Canada. This year, his nose has been perpetually aflame with allergic rhinitis and his eyes are extremely itchy.

“I was really looking forward to this spring and summer because of the pandemic, and so the very first week when it started to get warm we were out in the yard cleaning, bringing all the furniture out. We got a new barbecue. And then the pollen hit, and so I’m back inside,” lamented Ogbogu.

Across North America and beyond, people with scratchy throats and puffy eyes are accusing the trees and grass of emitting more pollen than usual. Scientists say they’re not wrong: it is higher – and it’s likely to stay that way in the coming years.

Daniel Coates, director of Canada’s Aerobiology Research Laboratories, which tests and forecasts pollen across the country, said that botanical sexism – when cities plant more male trees than female ones – is one of the reasons for higher pollen counts.

“Females have flowers and fruits and that’s very messy,” said Coates. City planners like to plant male trees because they are cleaner and easier to maintain.

The current influx of yellow pollen in Canada and the US comes from pine trees. Soon that will drop and be overtaken by grass pollen and other, non-visible tree pollens. After that is ragweed season.

But city planners’ preference for male plants isn’t the only cause of our increasingly miserable allergies: extreme weather is a significant driver of our pollen overload.

At least some of the pollen gathering in drifts in British Columbia and the Pacific north-west is due to last summer’s heat dome – an extreme weather event between 25 June and 1 July 2021 that saw temperatures in the normally temperate region rise above 40C (104F).

In instances of drought and extreme heat, trees become more vulnerable to disease and pests, and as a result may go into a form of survival mode in which they amp up pollen production, said William Anderegg, an associate professor of biological sciences at the University of Utah.

Anderegg is the co-author of a 2021 paper that found that the length of pollen season and the concentration of pollen are both increasing. Between 1990 and 2018, pollen production across North America has grown more than 20%, with notable rises in Texas and the midwest.

“When you have especially warm springs, which we’re getting more and more of, that favors these really bad and long allergy seasons,” he said. “And it’s not necessarily that things just have a big burst of pollen, and then they’re done. Many of these species will keep making pollen.”

In the coming days, the yellow fog of pine pollen will travel east, sending allergy sufferers in Montreal, New York and Boston into sneezing fits.

Mitigating the pollen problem is important to human health, said Anderegg, who noted that productivity and school grades slip substantially when pollen is high.

Planting more female trees, in addition to taking bigger steps to mitigate the climate crisis, would give us all a little relief.

… we have a small favour to ask. Millions are turning to the Guardian for open, independent, quality news every day, and readers in 180 countries around the world now support us financially.

We believe everyone deserves access to information that’s grounded in science and truth, and analysis rooted in authority and integrity. That’s why we made a different choice: to keep our reporting open for all readers, regardless of where they live or what they can afford to pay. This means more people can be better informed, united, and inspired to take meaningful action.

In these perilous times, a truth-seeking global news organisation like the Guardian is essential. We have no shareholders or billionaire owner, meaning our journalism is free from commercial and political influence – this makes us different. When it’s never been more important, our independence allows us to fearlessly investigate, challenge and expose those in power. Support the Guardian from as little as $1 – it only takes a minute. If you can, please consider supporting us with a regular amount each month. Thank you.

July 13, 2022
PrevPreviousDietary Fiber in the Gut May Play a Role in Allergic Skin Diseases
Next‘I’m an Allergist, and There Is Really No Such Thing as Allergy Season Anymore’Next
View 5-Star Reviews!
Patient Portal
Request Appointment
Our Blog
Contact Us
★★★★★ 5/5